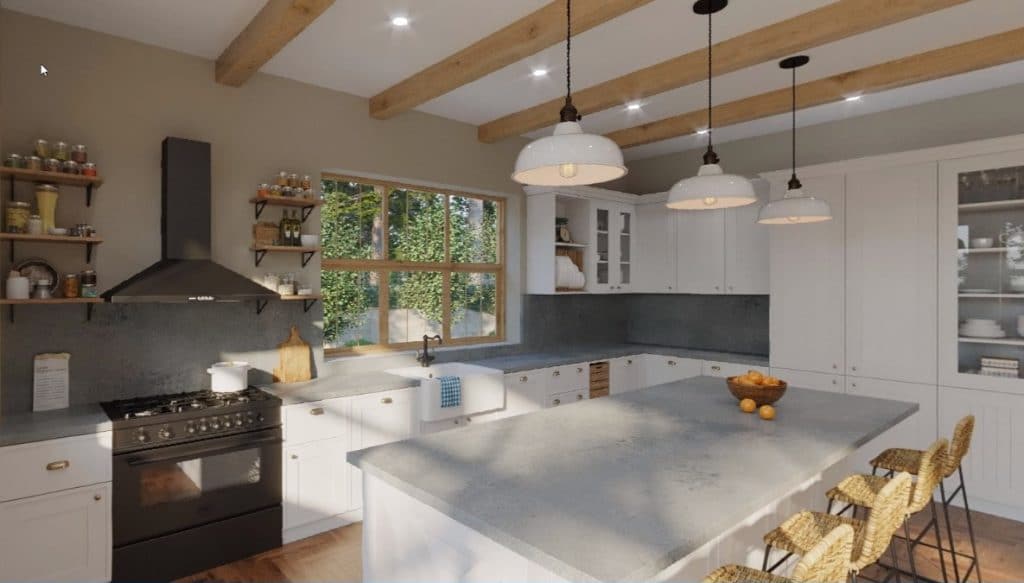 As millions of people were ordered to stay at home while COVID-19 resulted in a total shutdown, there was a boom in home renovations and DIY projects. As they became the center of everyone’s lives, the desire to improve the space they had was amplified tenfold. According to home remodeling platforms, there was a 58% annual increase in project leads for professionals working from home. However, as physical showrooms were included in the pandemic closure, consumers were no longer able to see a comprehensive first-hand picture of new designs and be opened up to a world of possibilities.

Among the most popular home renovations during the last year were in the kitchen and bathroom. While they have always been two of the most favorable remodeling choices, there was a reported 40% jump in demand in June compared to the following year. With restaurants shuttered, more people were cooking and eating at home, and the kitchen became the center of family life. With this overriding demand for renovation during the pandemic, Caesarstone decided to capitalize upon this and create an innovative way to showcase their design catalog without the need for a physical showroom. The company has been leaders in surface innovation since 1987 but recognized the need for a virtual transition when faced with pandemic challenges.

After contacting ByondXR to create a state-of-the-art visualizer for their products, Caesarstone were able to level up and adapt to the evolving nature of the industry. Their pioneering quartz countertops made from earth’s raw materials were brought to life by ByondXR’s cutting-edge 3D visualizer. Attention-to-detail was critical as 360-degree kitchen visualizer presented Caesarstone’s timeless yet modern designs. Accessibility through innovation was of the utmost importance as ByondXR’s room visualizer was fully embedded within Caesarstone’s website allowing for effortless customization in the products and seamlessly integrating it into the overall processes. Instead of the visualizer merely being an add-on, it proved to be the essential selling tool and enhancement of the site. 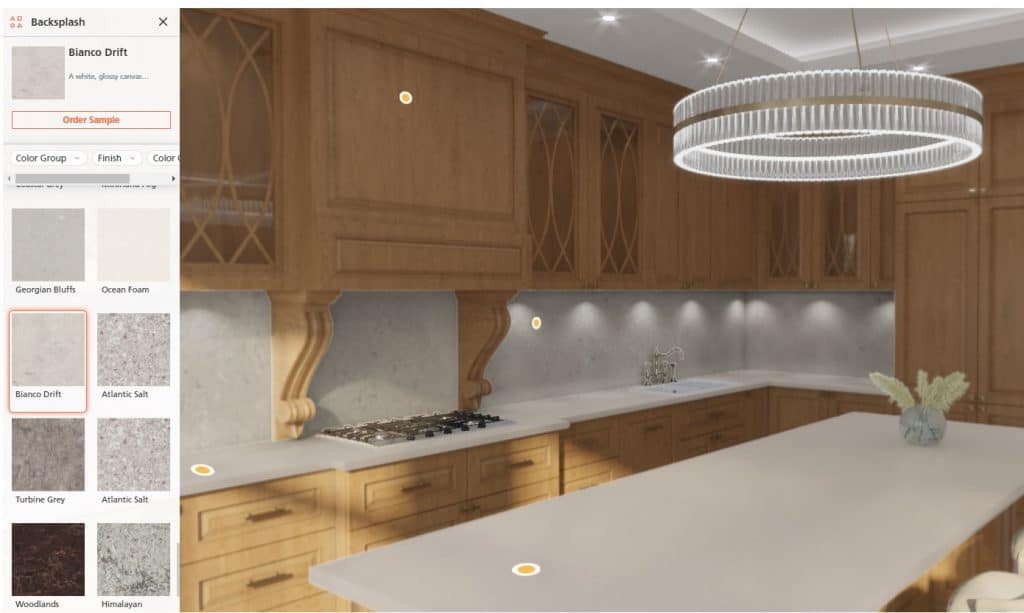 To provide a complete, seamless experience, ByondXR supported the need to showcase multiple design styles with different kitchen layouts to make the process user-friendly and easy to navigate. Rather than sifting through catalogs and swatches, consumers can efficiently find and create their dream kitchen. However, the project’s scale was a complex one as ByondXR devised multi-lingual and multi-region catalogs where each region developed different products in a range of languages. By this, ByondXR demonstrated one of it’s core values of being an enterprise-class solution to a large, high-end multi-market company like Caesarstone.

Caesarstone’s new and improved site is currently in beta and gaining traction from worldwide consumers. Check back soon for more details. Can go and see it in action here 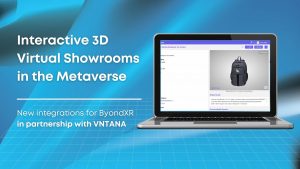 This new integration allows brands to upload their existing 3D designs from programs like Browzwear, Clo, Keyshot, Modo and more to instantly create interactive 3D digital showrooms in ByondXR. There is no additional work needed as VNTANA’s patented algorithms automatically optimize and convert files to meet varying online and game engine standards, including those required for the metaverse. 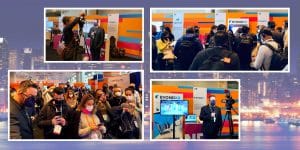 Surprising to no one, the start-up corner was the busiest one on the show. We’ve had a lot of traffic with brands and businesses from from all over the world coming to us for all the right answers about the Metaverse and immersive virtual experiences. 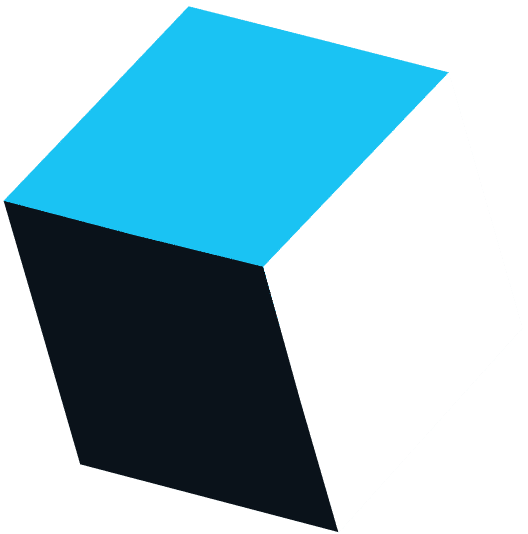