Showcase with Coca-Cola at the Winter Games

Byond partnered up with the Coca-Cola marketing team to create a unique VR experience at the PyeongChang Olympic Winter Games. We developed this experience to take users from their actual location to other spaces throughout the Games, where they can interact and explore with their exotic surroundings

Coca Cola and the Olympic games

Coca-Cola has been a sponsor of the games since 1928, making it the longest-standing IOC partner. For 2018, their chosen marketing theme is Together as one; in support of this, they’re running a series of commercials featuring South Korean figure skater Yuna Kim and actor Park Bo-Gum.

In 2016, Byond was chosen to be one of 12 companies in The Bridge, a prestigious commercialization program sponsored by Coca-Cola. Since then, Byond has been working closely with Coca-Cola on various campaigns, providing immersive digital marketing solutions through AR and VR. For the PyeongChang Olympic Games, Byond was commissioned by Coca-Cola to recreate a vintage style lounge for the HTC Vive, integrating Korean TV commercials and Trending Gold, a series of VR/360-degree videos. 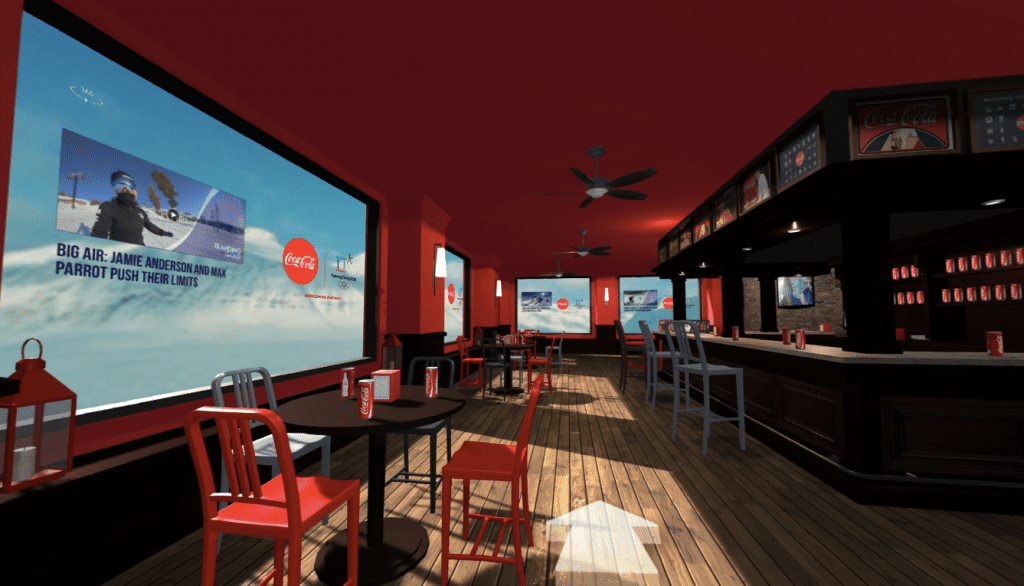 Trending Gold is the Olympic Channel’s first original series, and they’ve chosen for the content to be produced exclusively for the Olympic Channel in 360 VR. The series features nine athletes, representing six countries across four different sports, including big air snowboarding, alpine skiing, short track speed-skating, and bobsledding. The series allows viewers to immerse themselves into the athletes’ training sessions, and prepare for the chance to compete at the Olympic Games through compelling VR storytelling.

The virtual is complementing the real

The Coca-Cola/Byond space was a virtual lounge extending from the physical Coca-Cola room, built to complement each other in their separate realms.

Close Menu
We use cookies to ensure that we give you the best experience on our website. If you continue to use this site we will assume that you are happy with it.Continue