Menu
Get info
Schedule A Demo

To The Metaverse and B[e]yond 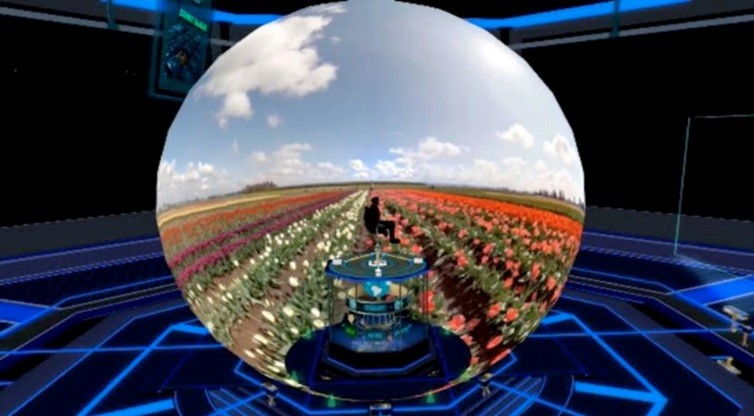 With all the buzz and hype the Metaverse is getting these days, ByondXR CTO Eran Galil gets reminiscent of the journey we've had so far and unravels how tech companies like ByondXR are Metaverse natives, and have been for over at least six years now. In this article he talks about the beginning, the adaptation, the coming of age, and the place we take in the Metaverse.

Reading the news on Meta made me a bit nostalgic and reminded me of the journey we’ve had with ByondXR so far.

When Noam and I started the company 6 years ago, it was roughly a year after Facebook bought Oculus for a record amount of 2B$ . That deal signalled the beginning of the Immersive Era in tech and gave start to the race that came along with it. Everyone (and us as well) thought that it’s going to happen in a matter of a few years – all the realities and form factors were thought to be transformed. We even built the first demo in Second-Life (which in essence was THE Metaverse of the previous decade..).

But VR/AR technologies didn’t catch on immediately. It didn’t fail, it just developed slower due to many reasons, the main one being that this revolution needed more time to mature – not only in terms of technology but also in terms of user behaviour.

When we realized that, we decided to focus on creating the most visually engaging high-end customer experiences, but in a way that will be supported by the masses (i.e. all standard phones and desktops) and keep pushing the performance and visual boundaries as technology advances. We built unique visualization engines under the hood – which were aimed to get the visualization + dynamic engine running and viewed from ANY device and support 3D,  AR and VR if needed. In light of that we also changed the name of the company to ByondXR – where the XR was supposed to mean Extended Reality – exactly in the sense of the Metaverse it is referencing similar things which were just recently formalized (or if you want – It’s an evolution of the buzzword with few maturity additions).

Years have passed and we started gaining immense traction for our offering, recently we are witnessing that those boundaries are being pushed even further, tech is maturing, and the world is changing. AR is no longer only a ‘gimmick’ but a feature that increases conversion in retail and brings engagement, VR headsets commonality is growing – Oculus Quest 2 was first true consumer ready product with new headsets and usages of mixed reality are popping up all the time. Customers are starting to actively get interest in new form factors of VR and AR – in B2B scenarios but also in B2C, where – unlike what it was 6 years ago – VR/AR/XR are the not the goal themselves – but just a mean to an end to get to more engagement from consumers.

Mark Zuckerberg, who was a visionary 8 years ago and still is – took the world and eco-system into another important milestone. From a little cynical analysis viewpoint – of course that part of it was legal and promotional aspects – evading tactics that can help push Facebook out of a very troublesome period in the public opinion.

However, there’s more to the story than that – for the whole tech market it’s signalling that they are focused on building more than a social platform – but rather actively engaged in building the Metaverse, the next visual internet – and they put thousands of people behind it to help and get to that vision.

So what’s our take today ? Well, Meta means B[e]yond, and we are taking the retail experiences beyond the ordinary – to the Metaverse. In fact, we have been for quite some time.

ByondXR’s expertise in creating the building blocks of the Metaverse

We are already positioned at the entrance of the Metaverse, where we started to create small, nice, visual islands – many of the creations are taking our clients to the first step of their Metaverse journey. As proof to our statement – recently when presenting our solutions we get the following response quite a lot: “Oh, so you’re ecommerce for the Metaverse…”, well, yeah ! We are, and we were before it was even The Metaverse…

To sum up – We are there, part of the Metaverse builders, we were there long before it was even cool or hype – building the foundations for extended retail realities for our customers, and now with Facebook/Meta/etc. pushing the agenda and the press accelerating it – there will be a much bigger spotlight on this whole domain.

Excited to continue this journey to the Metaverse and b[e]yond. 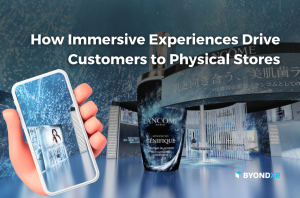 Technological advancements have changed the face of retail as we once knew it. Augmented reality, virtual reality, and mixed reality are now providing immersive online experiences in virtual stores. These experiences combine the best parts of physical stores with the convenience of shopping online, creating a phygital smorgasboard of immersive virtual shopping options. 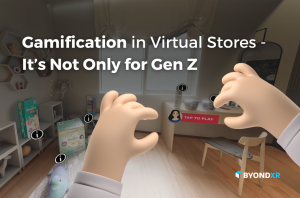 Gamification in Virtual Stores – It’s Not Only for Gen Z

Gamification in business is not a new concept but what we’re seeing today are new use cases where gamified elements are driving consumer interactions.

With attention spans falling rapidly, businesses not only need to attract customers but also keep them engaged longer for better conversions.

Let's make metaverse a reality for your business.